So we cracked out the watercolours and while he painted I sat drawing him:. Just in case you forgot, this is the picture that Peshawa was painting while I drew him:. While there was a lot of sadness and despair surrounding everything he did as soon as he picked up the paintbrush he started to radiate a gentle yet pervasive glow that was personified in the delicate handling of the paintbrush. I have always known that drawing sparks conversations, every time I have sat drawing outdoors it has attracted some attention and invariably someone comes up looks over your shoulder and starts chatting.

But, this was the first time that drawing had really broken down a language barrier and offered the space to connect and communicate at a deep level, and quicker. This was the interaction that convinced me beyond any doubt that the simple act of drawing can offer value in such a situation. After we had finished drawing he showed me a series of sketches in biro that were so full of energy but also so dark and layered with anger:.

It turns out that they were drawn while he was locked up in Hungarian prison for 2 months on his journey to France. Throughout the whole trip there was always a lot of politics around volunteering and the impact, both positive and negative, that people can have parachuting in and out of these situations.

However, the one thing I can say definitively beyond any intellectualisation of the topic is that everywhere I looked were volunteers who radiated unconditional love and care. The thing that struck me on entering was how quickly the young children jumped on you to give you a cuddle. While it is lovely, it was also a little concerning from a child protection point of view.

I know that there is no chance my 3 year old son is going anywhere near a strange man or lady unless I am there and he feels comfortable. To let them know they are seen and heard. The most excitement and joy I witnessed when I was there was during a game the kids made up of balancing one of these balancing bird toys on various parts of their body:. This is a very quick gestural drawing, drawn from a selection of the kids balancing the bird on their toe.

While there was a lot of visible joy and happiness in the room there was also a lot of underlying sadness that you could see and feel in the quiet moments.

I watched this young boy quietly play with the train set on his own and he had a distant look in his eye that I had seen in many of the adults since entering the camp. After I drew this picture I was told by one of the volunteers that whenever a plane goes by over head this boy drops to the floor and covers his head with his hands.

Towards the end of the day one of the young girls started to show signs of a fever and I caught this moment as one of the volunteers consoling her as she sat crying with her head in her hands. In the camp medicine can only be given to children with the parents consent. This was such a burden for an 9 year old girl to carry on her shoulders. As I was leaving I grabbed a kebab from the makeshift shop at the entrance to the camp. It was at that point that the whole situation became personal and connected with me at a deeper level.

It is one thing to experience something like this through strangers but to think, if even for a moment, that someone close to you, someone you care for could be going through this changes you.

It shook me deeply to my core and instantaneously changed how I viewed the whole situation. I left Dunkirk in the car and set off on the journey to Subotica in Serbia on the Hungarian border where my friends were busy building temporary structures for the refugees.


All the way across Europe the sight of the lorries and their containers followed me always. I finally arrived in Serbia late on a Saturday night and while I was exhausted I was also excited to get up in the morning and get to the refugee camp. The following morning I drove out the long straight dusty road that leads out of Serbia and into Hungary and just before I came to the border I stopped in the little border town of Kelebija.

Before leaving on the trip I had very little idea about the specifics of what my friends at The Timber Project were doing on the ground in Serbia. Otherwise they operated on the fringes of the camps.

In the lush land of the Finger Lakes

The first day I arrived I was finding my feet and getting a feel for the situation. I had naively thought that I would be able to wander into the camp to speak to people and draw the situation but access to the camp was restricted. I heard this a lot from volunteers but no one could tell me what it meant. It required a little more digging on my part and as my knowledge start to build I started to map out the area in my head and sketchbook. I was advised strongly not to go in to the camp.

I had been told that recently a volunteer had been caught in the camp without their passport and was thrown out of the country. But this just made me more resolved to go in. I would just wait until towards the end of the trip incase things went sideways.

I wanted to learn more about the situation and see it with my own eyes. Until then there was a lot to explore in the surrounding area. The previous day I had seen the caravan down a side road nestled in the shelter provided from the sun by the trees.

I had been told that this was where the refugees were able to charge their phones and gain access to wi-fi. The electricity was provided by a long extension cable coming from the local restaurant. So by the time everyone was starting to rise I had the outline of this drawing sketched. And when I saw someone coming out of the caravan I went over to say hello and to show them my sketch and explain what I was up to. This was my first introduction to the fantastic Tarek and Khaled from I Am Human Organisation iHo and they invited me over for some early morning coffee.

This is when I started to get a better understanding of the situation. The first thing refugees are looking for when they arrive is power and connectivity. Connection and access to information. At first this surprised me a little but I quickly understood. They wanted to remain connected to the people they have left behind at home, to stay informed on the situation at home, many have been split up from their loved ones, and for many Google Maps was an essential tool in navigating the Balkan pass.

Inside the caravan there are phones charging everywhere. Not only for staying connected with old friends but also new ones. Facebook groups are often the primary source of information and advice that refugees turn to. At first glance it looks like the most important thing these guys provide is technological connectivity. However, after ten minutes of sitting with them I realise that the biggest benefit they provide is a connection to the local community and beyond the camp.

Being Serbians who speak Arabic they are able to provide guidance and advice as well as run errands for. Kelebija or the other camp at Horgos was as far as people can come freely and they come up against the border with Hungary and the shiny new razor wire fence that runs the length of the border with Serbia.

The journey of the Singing woman: In the lushlands and the hell of relationship

The Hungarian authorities entrust one refugee with the list of all the refugees who have requested asylum and at every morning 15 people are told they will cross the border. For the rest it is a waiting game. When I spoke to a young guy who was waiting at the bus stop he told me he would come up to the camp at the border and stick it out as long as he could in the hope of being one of the lucky Someone, later told me that the reality was that 14 family members were accepted and only one single male per day. However, he told me it was tough and that he could only stomach it for so long before he had to go back to Subotica, the local town.

For those like himself these trips back and forward made a dent in their already depleting resources.

The real connection started happening when more of my attention was focused on drawing people. While it could have all happened quicker with an official translator I am happy that it happened organically. This is Jodie from Syria, he was the first child I drew in Kelebija. Though it is always a little intimidating having the person standing in front of you while you try to capture them but children are always a great subject. Two days after I drew this he told me that he was passing through to Hungary with his family. I have never been so happy not to see a child again.

As I finished the drawing he pulled out a ball and tied a string around his finger, it turned out that this was the only toy this boy had and he was delighted with it. Up until this point I had been intending to buy my 3 year old son some toys to take home but after this experience I decided to stick to what he had asked me for — a lollipop.

One of the biggest problems for me was still the language barrier. Without someone to interpret, my understanding of the situation would remain limited. Later on that day I sat down to draw this picture when a young lad called Diar insisted on being my next model. This prompted a consistent request for me to draw everyone gathered around the iHo caravan and Diar became my translator. Thus began a bit of a drawing marathon. As was often the case I started off drawing Ahmed on the left when his friend Ato came along and I just incorporated him into the drawing.

The same thing happened with this drawing where the younger guys encouraged me to draw the older fella lying down, thankfully when he woke he found it very funny. I had almost finished an initial lay in with pencil when the guy who had started it off decided he wanted to be in the drawing as well. That meant no smiling :. This afternoon was the first time I had seen women and children out in Kelebija, prior to that it had just been too hot for them to be out. As a father who was expecting our second child soon I found the sight of new born babies in the camps heartbreaking and deeply moving.

This was when I realised just how much joy the people were getting from the drawing. When I was speaking to one of the refugees he told me it was simply a welcomed distraction from the monotony of waiting. He told me that the waiting was hard and he battled the boredom every day.

With an empty stomach and little sleep…and his mind being all consumed with worry and problems left little room for anything else. 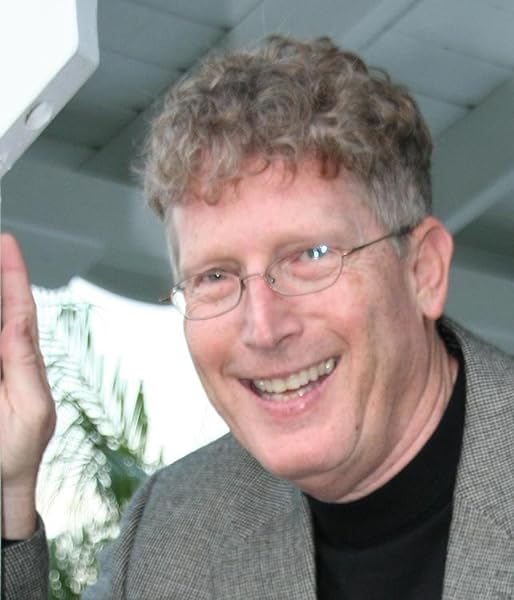